Do you suffer from male hair loss? 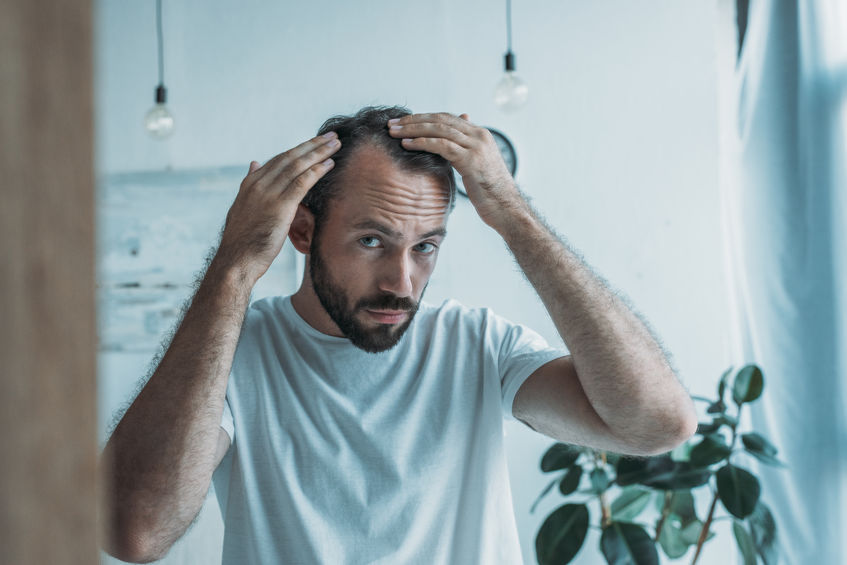 Male pattern baldness is not the only way to have male hair loss.  So let’s start by talking about male pattern baldness, which is a condition that has thinning or balding around the top of the head.  This thinning can either start from the forehead or the rear posterior crown of the head.  It is generally caused by a high levels of the hormone DHT (dihydrotestosterone).  This DHT also leads to enlarged prostate, and is generally associated with the aging process.  In other words, as men get older the levels of DHT rise.

DHT is a by-product of testosterone so we can’t just simply shut down all testosterone production, because men will then suffer from conditions such as depression and low libido as two examples, however there are many.  There are herbs that can naturally decrease the rate of DHT in a man without affecting the testosterone levels.  To know if this is a problem that is affecting male hair loss, it is important to get your blood tested for your DHT levels.

What if you don’t have male pattern baldness or high DHT? Well, you need to consider some classic reasons for hair loss.  One of the things to consider is dandruff.  Dandruff doesn’t always come with flakes, but can have itching of the scalp, dryness of the scalp or even redness.  Dandruff is basically a fungal problem and is more formally called Seborrheic Dermatitis.  It is easily treated naturally but it is important to consider if it’s just on the skin or if there is a whole body fungal problem.  It’s also important to consider other hormonal hair loss that can be associated with stress, burnout and fatigue.  Hair loss that occurs in specific spots is more formally called alopecia.  And, at times it can also be diffuse over the whole head.  This is why it’s important to check out your hormone levels, specifically your am cortisol.

Lastly, it’s important to check out if there’s some form of anemia.  Most men don’t have a problem with iron anemia, however this still should be considered.  There can also be anemia from low B12 from the lack of absorption due to poor stomach acid production.  Generally one blood test can look at most of these problems easily.  This is something your Toronto naturopath can order for you to help get at the root cause of why this problem is even happening in the first place.