What is the difference between psoriasis and eczema? 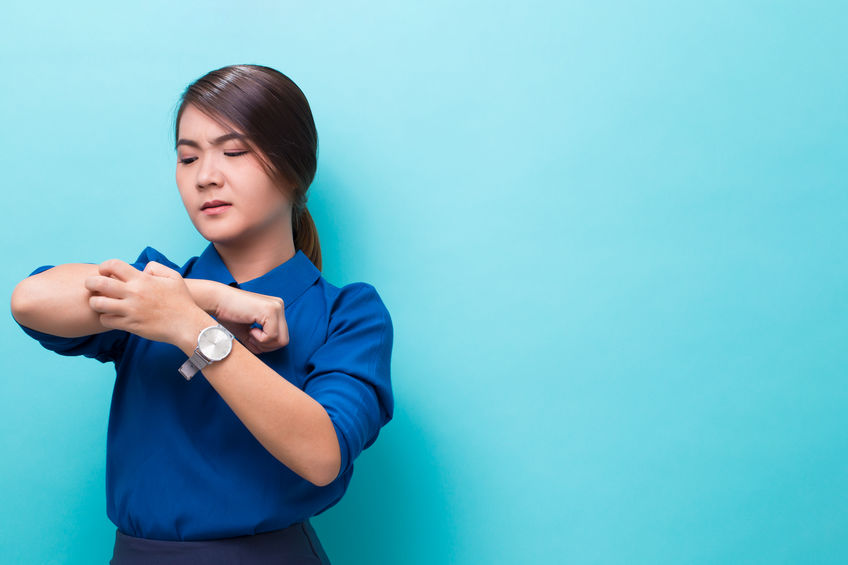 Skin that looks dry, white and scaly, feels itchy and/or painful, and may sometimes bleed, could fall into the category of psoriasis or eczema.  There is a whole spectrum of skin appearances that could be considered eczema, as well as psoriasis, and it isn’t always cut and dry. Differentiating the two can be helpful in knowing what to expect as well as for helping your naturopath guide your treatment.

One of the most obvious and common ways to differentiate between eczema and psoriasis is by where on the body it presents itself.  Eczema most often appears on fingers and hands, inside of elbow and knee creases, in the folds of the neck, and sometimes on the eyelids or around the mouth.  Psoriasis, on the other hand, most commonly appears on the outside of the elbows or knees (known as the extensor surfaces), as well as on the face, buttocks and scalp.

While both eczema and psoriasis can be itchy, eczema tends to have a more intense itch and can be uncontrollable, leading to extensive scratching and bleeding.  However, psoriasis can also cause something called “pinpoint bleeding” because of the intense scaliness and nature of the skin lesions it causes.

Cause and course of treatment

The current understanding of psoriasis is that it falls into the family of autoimmune conditions.  Our Toronto naturopaths approach the treatment of psoriasis by addressing issues with underlying organ health and metabolic balance, based on individual history and new evidence for the role natural medicine can play.  Eczema, on the other hand, is also known as atopic dermatitis because it is an allergy-like condition often caused, or contributed to, by reactions to foods, environmental substances, gut health and the microbiome (the population of organisms populating the gut).

Ultimately, eczema and psoriasis lead to very different courses of treatment, but what’s most important is that all our naturopaths treat the individual person with their unique combination of history, concerns, symptoms and test results.